This story is excerpted from my book 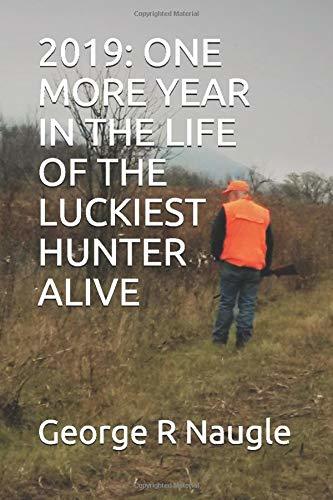 2019: One More Year In The Life Of The Luckiest Hunter Alive.

Hope you enjoy it.

I left for camp the morning of Sunday, November 10. Dave, Larry, and Crawford were also scheduled to be there.

Since this week should be the peak of the rut, we wanted to hunt the entire week, or at least until we did some deer harvesting.

Of course, as the Scottish Bard wrote, “The best laid plans of mice and men gang aft-agley.”

As it ended up, I was the only one to hunt the entire week. The weather was typical of that in January, with the coldest night, Tuesday, dropping to the low teens and snow happening on occasion.

We had to dress really warm for this time of year, but having hunted here for some years, we all have the clothing for that sort of weather.

Somerset County gets some cold weather in November, but Tuesday and Wednesday of the coming week were forecast to be abnormal, even for there, and in the “record cold” category.

This brought to mind a day in October of 2007, when the temperature dropped into the thirties and we had a skiff of snow.

Larry’s comment was, “Oh, my. I don’t have clothes for this.” After that experience, we always have such clothing on hand at camp now.

The plan for all of us to hunt the entire week fell apart.

Dave had to go home Tuesday afternoon, due to scheduled surgery to remove some cancer spots.

Crawford intended to be in camp through Wednesday.

Larry would have been there with me the entire week, but he got sick on Thursday and had to go home to recuperate.

Dave’s surgery was rescheduled, but he did not find out that it was until he got home Tuesday afternoon.

He came back to camp and hunted until Friday.

Victor showed up on Friday evening, and he and I hunted Saturday, which was to be the last day of archery deer season.

Oh well. At least we had snow for deer season. No, I’m not fooling about the snow, but I’ll get to that shortly.

Monday was the warmest day of the week. During the afternoon, the temperature actually got above 50º, which is entirely too warm for the whitetail rut to be highly active.

The weather comedians forecast a big change in the weather for Tuesday, and they were spot on with that one.

The high temperature for that day occurred around midnight.

At sunrise, it was in the mid thirties, and it dropped from there the rest of the day. Later that morning we had occasional snow flurries.

By three o’clock, the snow had turned into squalls, which sometimes approached blizzard proportions, and the temperature dropped to the low twenties.

That seemed to flip the switch for the rut, so to speak.

From the beginning of the snow squalls to dark, I saw three bucks but did not get a shot at any of them.

I quit early as I was freezing and went into the cabin to warm up by taking a hot shower.

Crawford and Larry had much better luck.

Shortly before dark, several does and one nice eight-point approached Crawford’s stand.

He had an open shot and made it count.

As I was drying off from the shower, I got a call from Crawford to bring the four-wheeler.

He had shot the buck about two hundred yards from the cabin. I

t took all the strength the two of us had to load the buck on to the back of the machine.

Estimated weight was between 150 and 170 pounds, with my best guess being toward the upper end of that range.

I think this may have been the same buck I had an encounter with at the metal stand Wednesday of the previous week.

As we approached the cabin with the buck, I saw Larry approaching.

I asked him if he wanted to see what a buck looked like, and he replied, “No, I know what they look like. I missed one.”

When a nice buck appeared and stood broadside at twenty yards or so, he raised his crossbow to aim, but his scope was blocked with some of that snow I mentioned.

He wiped the snow off, but by then, the buck had moved farther away with some brush intervening.

At least he had a chance.

It was a shame Dave had to miss out on one of the best afternoon hunts we have ever had at camp Rip-N-Tear.

The three of us sighted five bucks, the most we have ever seen in one session.

A photo of Crawford’s buck follows.

This is the first buck he has taken at Camp Rip-N-Tear. It surely was worth the wait.