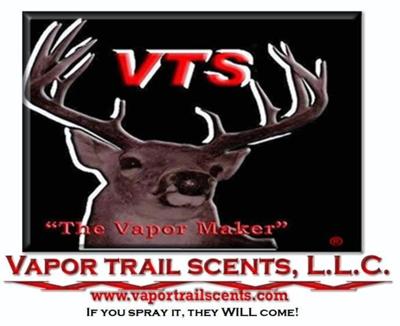 In 2009 a couple of hunting buddies, Joey and Ross and I decided we would go on a 10-day deer hunt to Wyoming. In addition to the experience of the hunt, our purpose for going was to get video footage using The Vapor Maker®, a scent dispersal product I had just debuted at the 2009 Buckmasters Expo.

To get video footage of a hunt you need a video camera and an operator. Joey and Ross had never been filmed hunting and I had never operated a video camera, but that didn’t deter us one bit. After all I had used a Canon digital camera with success; I just needed to get a Canon video camera to take on the hunt. I searched Ebay and purchased a used camera I felt would be just what I needed. The purchase came in less than 24 hours before we were to leave for Wyoming, so I had no time to even test out the camera. I purchased the tapes and downloaded the manual, how difficult could this be?

We had planned to leave in mid-September, barring no work or personal problems arising. The day came; actually the night finally came because we left at 9 pm and drove the 1800 miles -26 hours – straight through to the house we had rented in Wyoming. We unloaded and got everything ready to go hunting. We unpacked the video camera and started to load the tapes, realizing none of us had ever seen a professional video camera before, much less turn one on or load a tape in it. Does this sound like three country boys on a deer hunt?

We got the camera on and loaded the tape in…no luck. Just an error message that said “no tape.” So we tried again and again….still the “no tape” message. What’s a country boy to do, but call the customer service line? We did and they led us through every step imaginable, still “no tape”. I even called the pawn shop owner in Chicago, IL that I had purchased the camera from. He could only offer to let me send it back. Talk about frustrating, here we had come 1,800 miles to video our deer hunt and the camera wouldn’t work. Trying to do too much too fast, I thought. I was feeling pretty bad about the whole experience when it occurred to me there was writing inside the camera where we had been trying to load the tape. Sure enough, it said, “push close this first”. Presto, it worked, the tape was loaded and we were ready to film and hunt. I didn’t think much of that customer service representative, and I could only imagine that she was relating to her co-workers the story of the three hunters who traveled across country to film a hunt and didn’t know how to turn the camera on or load the tape.

Now we were ready to head out. With the afternoon approaching we were feeling confident that we could find a good vantage point to sit and film deer. This afternoon would be all about getting footage of how many big bucks were out there and how they were moving. We were excited and felt blessed because we saw 7 bucks that afternoon, one of which was about 170 inches. We felt fortunate that we got to film him sparring with a small 6-point. About 40 yards from us we saw a doe come across the creek and pick up a 17 inch 10-pt and take him back across the creek. It was a great sight which I did capture on video, but Joey was so amazed he forgot to even pick up his bow. It just so happened the wind was blowing from us to the deer, but whenever the deer would get fidgety I would use the Vapor Maker® to spray scent and they would calm down almost immediately.

It turned out to be a great afternoon and I was confident I had all kinds of footage. We couldn’t wait to get back to camp to view the footage. Turns out Murphy’s Law had come with us to Wyoming. The TV at our camp was so old the antenna wires were screwed to the TV, and of course, it had no cable connection to view the video. God smiled on us again that day because the local hardware store had a box converter to hook the camera up to the TV. That problem solved, we were now more than ready to view the footage we had taken.

We plugged everything in and sat back to relive a great afternoon. You can’t imagine our shock and disappointment when all we saw was the camera jumping all over the place. I was zooming in and out and moving left to right at lightning speed. We decided day one was a learning experience and went to bed looking forward to the next day.

We slept in that morning to give the deer time to bed down so we could slip in and hang stands. That afternoon the wind was blowing in every direction, but we managed to slip back in to our stands. We saw several bucks and does, but only one buck came close enough for a good bow shot. It was a small mule deer buck which walked right under the stand without picking up our scent. The Vapor Maker® was doing a great job of attracting deer and covering our scent.

The next morning we returned to our stands even though we felt they weren’t in the best place to hunt and film. The deer were just starting to move when the bottom dropped out and it came a flooding rain. We had no choice but to go back to the truck and wait out the flood to protect the camera. Even though I had brought along a heavy duty garbage bag to cover the camera, I didn’t want to take any chances of ruining it before I even figured out how to use it. After the rain, the sun came out to a scorching 94 degrees. We took our climbers and headed down to the river bottom. The heat was intense and we were soaked with sweat.
We were sure this afternoon would be great for hunting and filming. I was going to be the cameraman and Joey the hunter. We found a tree and Joey climbed first – another learning experience. Never let the hunter be the first up the tree when you are filming. But we were settled in and I had used the Vapor Maker® to spray us and our stands down with 33 Point Buck lure and attractant. I also sprayed the ground around the tree.

We didn’t have to wait long before we spotted three does and an 8-point about 14 inches coming down the trail. Because our scent was blocked so effectively, one of the does began feeding about a foot from the tree. The wind was swirling, but none of the deer had picked up our scent. Soon we saw him – a 135 inch Whitetail following the 8-point right to us. They were about 20 yards in front of us. This was perfect; I had the camera right on them just waiting for Joey to take the shot that never came. The big buck was moving in and out around to our left. I thought he was going to go around us when he turned and angled back toward us. But by then I had turned around so far in the tree I was about to fall out. I kept filming (I hoped) and Joey finally released the shot at about 23 yards.

We found a little blood but weren’t sure about the shot. We didn’t know how to replay the footage (or see if I had actually gotten footage) to check the shot. Joey said there were about 7 deer within 20 yards when he got the shot off. He said at 20 yards the buck was broadside but there were too many eyes too close to get drawn back. We decided not to search for the deer that evening, but to head back and see if we had captured the shot on tape.

Returning to search the next morning, I literally had to crawl around on my hands and knees just to spot the tiniest specs of blood or see a footprint. When we discovered the buck, Joey had hit it a little too far back. Because of Wyoming gaming laws we had to carry the kill to a taxidermist to remove the brain stem and some other organs because of CWD, Chronic Wasting Disease.
I learned many valuable lessons during those 10 days. One, videoing a hunt requires a lot of work and planning. Using a video camera requires practice, more practice and patience, although in the end I was pleasantly surprised at how much of the footage I was actually able to use. You can check it out at my website: www.vaportrailscents.com and see for yourself the beauty of Wyoming and the great deer we saw there. Secondly, I was extremely pleased with the effectiveness of The Vapor Maker® and scents we had developed. This was really the purpose of the trip and I felt good about what I had filmed and discovered.
All in all it was a great trip with great friends, even with Murphy.