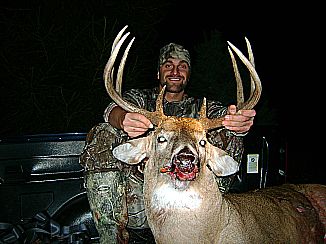 It was October 30th and I was frustrated. I had worked all summer hanging trail cameras and treestands in an effort to bag an Ohio trophy buck.

Bowhunting whitetails runs in my family. My dad, William D. Kontras, killed the Ohio State Record Typical Buck (201 1/8) in 1986 with a recurve. 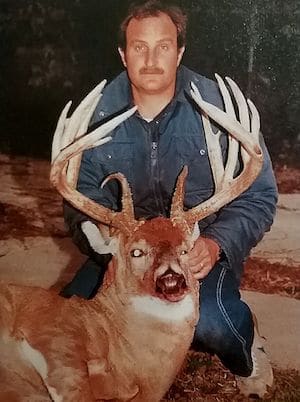 I got to thinking while sitting one of the eight stands I had hung over the summer, and I finally decided to take his advice.

I got down out of my stand on this windy and rainy day and decided to spend the entire day scouting.

After about 3 hours of walking, I came to a fence row with prairie grass running on along one side and a plowed field running along the other.

I knew this fence row was not pressured because its location was hard to get to, and it would easily be overlooked with all of the large tracts of woods, creek bottoms, and farm fields that surrounded it.

I hung a Lone Wolf Alpha Assault treestand in a small tree on the fence row.

I waited for a North wind, which came 2 days later on November 1, 2009 to approach the stand.

I shot this buck from 5 yards with my Hoyt KateraXL and a Trophy Ridge Undertaker broadhead on my first hunt from the stand.

He went 45 yards on the double lung pass through and died in the prairie grass in which he probably enjoyed a long and unpressured life.

Although not a giant by many people’s standards, I could not be happier.

I realized that when you truly listen to the advice of someone who has been there and done that so many times, it can really pay off.

My dad killed his state record buck 75 yards from one of the largest freeways in America, in an area overlooked by so many hunters, and this buck was taken by me 23 years later about 200 yards from the same freeway. 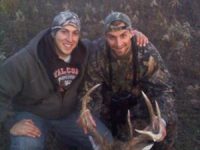