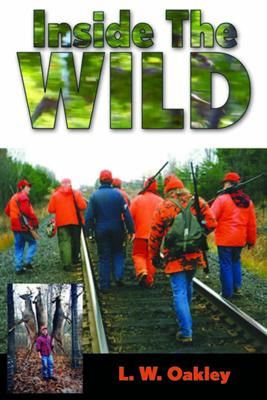 “We kill them because we love them.”

At that early age I had not yet isolated the fact, although I had seen it’s signs, that hunting is a lonely sport, that a hunter is essentially a lonely man, more often than a “lone” man; and the bigger the game, the lonelier it gets.

From Heart of the Hunter by Edison Marshall.

Hunting alone in the autumn woods heightens your sense of awareness. You hear the old wind returning far in the distance rustling through the trees. You smell a cedar swamp on that wind and feel yesterday’s rain rising from damp earth. You see the flick of a tail or the twitch of an ear from a deer that has not yet and never will see you. For a short time you become a small part of the natural world.
Each hunter has a favourite place in the woods. Mine is in a cedar tree. It’s located deep in the woods far from the camp. When I bring someone there for the first time I point to it and say, “this too is my home.”

I used to think I came to the hunting camp and the woods and the tree to hide.

When people asked me, “What are you hiding from back there?” I responded by saying, “everything.” And by that I didn’t mean wild animals. I meant life and its rules and routines and responsibilities.

When you spend hours waiting and watching from a tree in the woods you become very aware of your own thoughts. It was in the tree that I first realized that I wasn’t hiding at all. I was searching for something. Not for pleasure or happiness which is what most people including me are looking for most of the time. I was spending my time in the tree in the woods searching inside myself trying to find the simple truth about why I hunt.

It was in the tree that I realized that when people ask, “why do you hunt?” they really mean, “why do you kill deer?”

I have pondered that question and tried to understand why I kill deer for endless hours while hunting in that tree. I wanted an answer that was as simple as the question. I kept trying to find the words. I remember the day I finally heard them. They were spoken by that familiar voice inside my head. There were seven words strung together.

The first time I spoke them out loud was at the camp while standing watching a game of euchre after supper.

As the other members of my hunting camp sat around the table playing their cards I asked no one in particular but everyone at once, “do you know why we kill deer?” No one looked up. They just kept playing and watching their cards when someone at the table answered me, “No, why do we kill them?”

“We kill them because we love them,” I said.

The game stopped immediately. Now everyone looked up.

“What the hell does that mean?” someone asked.

We don’t kill them because we hate them. And if we were indifferent to them why would we bother? We pay attention to the things we love. We find out and want to know everything about them. We respect and even honor them. We wish we could be like them especially in the woods where they are smarter and faster and better able to survive than us. They eat the woods so we eat them. We look for them everywhere and we see them in our dreams. They have broken our hearts but we will love them until we die. We love them because their wild blood runs in our veins and their spirit has touched our soul. Most of all we love them because we are hunters.

Being in the tree started out as one thing and became another. It hid me and gave me shelter. I learned patience in the tree and how to look not just at the world around me but inward. What I have seen from the tree has given me wisdom and understanding and enlightenment. I am the tree.

Eventually I realized the tree was a natural place to want to be. I had found a home in the tree because it’s where my journey began. It happened a long time ago when an ape climbed down to the ground and stood up. More hungry than afraid it walked out across a grassy plain and left its tree behind.

LW Oakley lives in Kingston, Ontario and is the author of Inside The Wild which is available on Amazon at Inside the WILD

4 thoughts on “Why men kill deer”