From a historical perspective, both longbows and shortbows have been useful to archers over the centuries. Armies and militaries used these weapons extensively, and longbow use continues to this day among hunters, hobbyists, or tribal peoples living in remote locations.

Despite the many benefits they offer, the age-old question of longbow vs shortbow still rages on within the archery and hunting communities. There is no definitive right or wrong answer, as each bow has distinct advantages and disadvantages depending on the situation. That's why we've developed this guide to help you make the best decision.

What Is a Longbow? 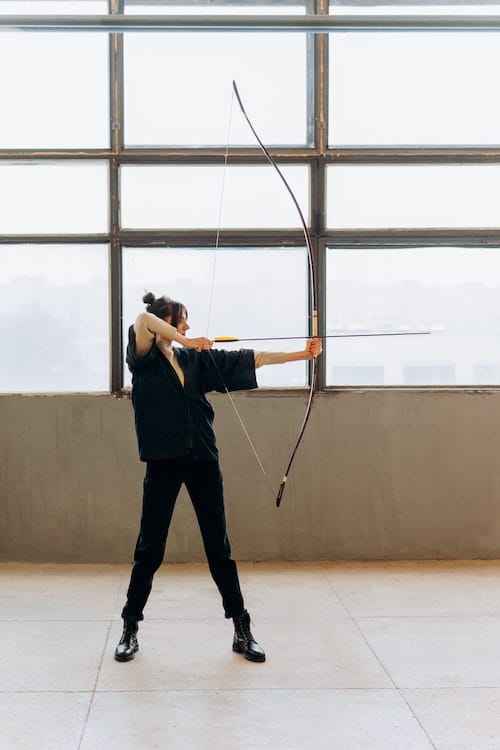 Used for fighting and hunting throughout the course of human history, longbows are a sizable weapon capable of generating an unbelievable amount of force over great distances. They consist of a single piece of wood, such as yew, and are often the same height as the archer or taller. These bows' impressive height and weight mean you can perform incredibly powerful shots with great precision and accuracy.

In medieval times, the English longbow was a dominating force on the battlefield and allowed the English military to overtake many opponents. Today, longbows are popular with primitive hunters and hobbyists looking for a simple bow that's easy to maintain during long hunting trips in the wilderness.

What Is a Shortbow? 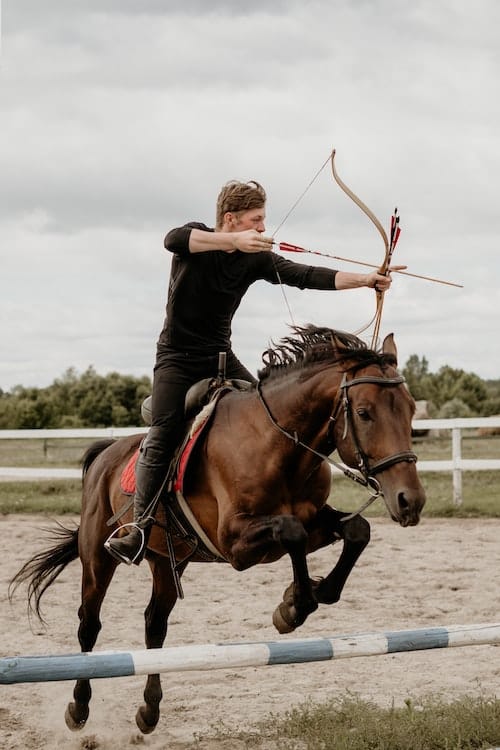 Shortbows are small, compact, and lightweight. Their efficient size means archers on horseback throughout history, including the Mongols, could easily fire shortbows from horseback. While they generate less force compared to longbows, they allow you to shoot multiple arrows in a brief period.

Shortbows feature limbs that curve away from the archer and are the precursor to the modern recurve bows.

You can find small shortbows made from a single piece of wood, typically some form of hardwood. However, you can also buy modern fiberglass shortbows that consist of multiple pieces. If you're seeking a lightweight bow that offers maximum efficiency and flexibility, try a shortbow.

Longbow vs Shortbow: What Are the Differences?

While the above briefly explains the key differences between longbows and shortbows, the truth is a little more complex. There are seven essential factors to consider when shopping for a new bow, and these factors will have a huge impact on power, accuracy, and range. To make an informed buying decision, you must consider the following:

Shortbow vs Longbow: Which Is Better? 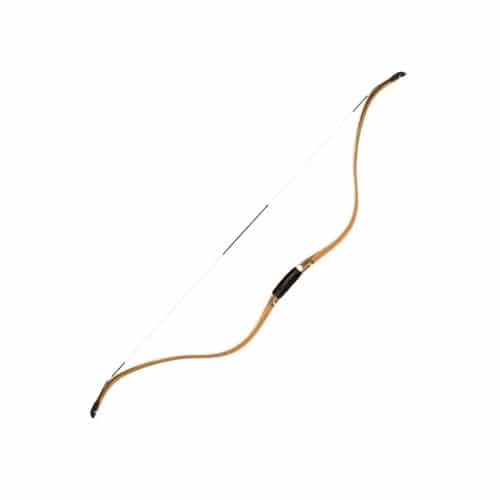 When it comes to questions of which is better, the truth is that shortbows and longbows are simply different. Deciding on the right type of bow for your needs is a personal decision.

In addition to the natural attributes of each bow, there are plenty of other considerations to take into account when choosing which bow to use for hunting. Your style of shooting, the distance you'll be aiming from, the type of target you're going for, and many other factors all play a role in which bow is the right one for you. Your physical size and strength is another key point to consider, as you need considerable power to operate a longbow.

Along with the differences listed above, here are a few additional factors to keep in mind:

Once again, you must review the qualities of the bow, your preferences, and your abilities when considering longbow vs shortbow.

The portability of shortbows is a definite advantage, especially for people traveling long distances with a bow. Historically, people on horseback used shortbows thanks to their easy portability. These bows also require much less strength to operate due to the lighter draw weight, which means smaller hunters can use them efficiently.

Because shortbows have a shorter draw length, they allow you to shoot numerous arrows in a relatively short period of time. Quick shooting is key in high-pressure situations or when participating in an archery contest. Shorter draw lengths are also ideal when hunting within close quarters, as you won't need lots of room to fully extend the bowstring as you aim at your target.

Because shortbows generate less force, they can't rival the stopping power of longbows. Lighter arrows also mean that these bows can't penetrate the same rugged materials that a heftier arrow would, such as thick wood. Depending on the type of target you're using, shortbows may be ineffective.

The decreased range is another potential drawback when using shortbows. While you'll enjoy impressive quick aiming and shooting ability at close range, shortbows will limit your shots to about 150 yards. Any shots outside that distance are likely to be far less accurate and will not generate the same amount of power. 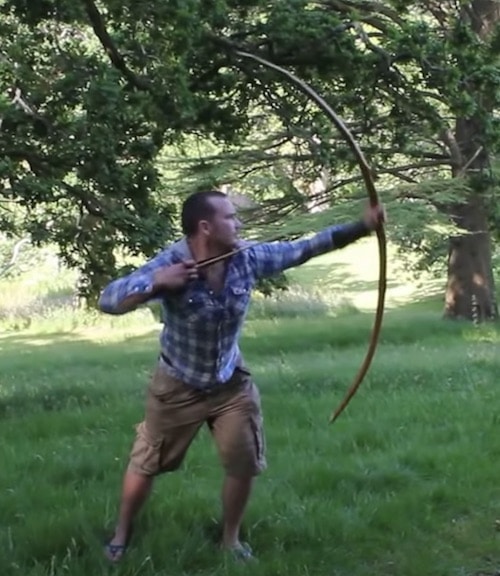 You simply cannot rival the force that longbows generate thanks to their impressive size and weight. Because you can use much heavier arrows with a longbow, these weapons are capable of taking down even the most formidable targets. Additionally, you can look forward to remarkable accuracy and precision at a range of up to 200 yards, which is a must when shooting over long distances. Longbows shoot arrows straighter, farther, and more accurately.

When it comes to construction, longbows also provide unbeatable quality. You're less likely to experience issues with function when the bow is created from a single piece of wood, especially when a high-quality specimen is used. These bows are also more durable, which means you can get many years of reliable usage out of yours.

The weight of longbows also makes them less convenient to transport. You must be in a standing position to shoot, meaning you cannot aim from a seated position, like in a tree stand. Longbows are also more challenging to use when a person is new to the sport. Many people experience a heavy recoil in their hands after shooting, which takes time to adjust to.

While they're highly accurate at long distances, these bows are not made for quick shooting. A well-trained and experienced archer can usually shoot about 20 arrows every minute, but it may take extensive time and practice to get to that point. The extended draw length of longbows also makes them unsuitable for close-quarters attacks, as you'll need plenty of room to extend your arm the necessary distance to land a shot.

If you're new to the world of deer hunting with a bow, a shortbow is often the best selection as you hone your skills. It's important to learn the basics of aiming and shooting when you're just starting out, and shortbows are much easier to handle thanks to their size and weight. Shortbows also tend to be less expensive, so they're a great way to get involved in a new hobby without going over your budget.

If you have prior experience with shortbows, it may be time to add a longbow to your arsenal. If you want to use your bow for hunting, a longbow is usually the best option. In addition to being more forceful and effective at much longer ranges, many states have a minimum draw weight for bow hunting. That means shortbows might not be permitted where you live.

This guide has hopefully shed some light on the longbow vs shortbow question. No matter which option you choose, practice is the key to making accurate and powerful shots. The more time you spend practicing, the more comfortable you'll feel using your new bow. The more comfortable you feel, the easier it will be to improve your skills and become a true master of the sport. 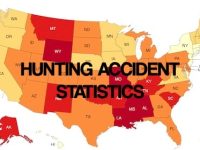 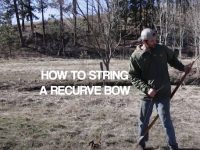 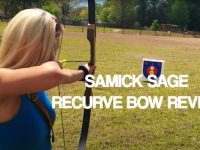 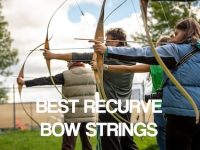 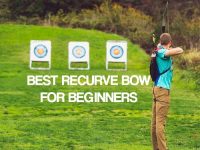 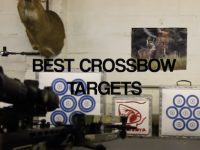 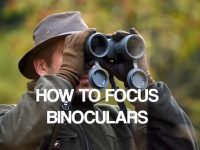 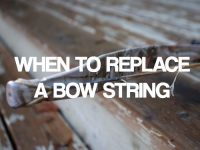 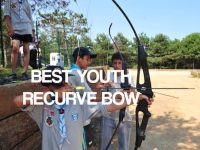 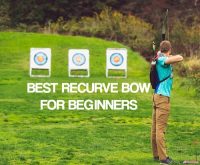 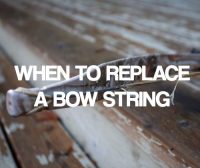